In the era of high-speed, ultra-technological connections, funiculars remain a means of transport that can still give emotions. from the very steep one in Switzerland to the very short one in Croatia: here are 11 most beautiful European funiculars.

With a romantic and ancient flavor. The funiculars, those "trains" characterized by the use of a rope as a traction organ and the movement on one or more tracks, prodigies of the early twentieth-century technique (revised and corrected over the decades), are an alternative and way to move in the city (and not only).

Built where it was necessary to overcome a large difference in height, both for the transport of people and goods, today this fascinating type of transport is used by both commuters and tourists. Not only because, in some cases, it is the most comfortable way to move from one point to another, but also because, at times, they are a truly spectacular and exciting way to move.

We have chosen just a few (functioning) funicular located across Europe, to travel with at least once in life. 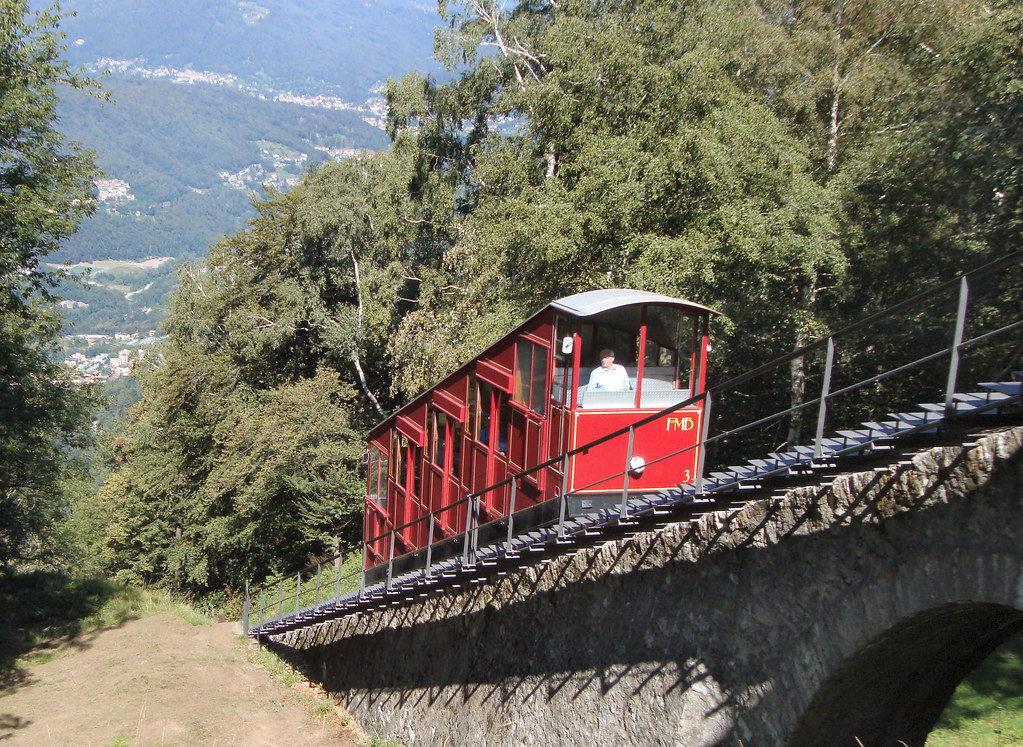 From 1908 the funicular takes 15 minutes from Cassarate to Monte Brè (933 meters). Near the top of the funicular, you can rent mountain bikes to explore the many points of interest of the mountain. 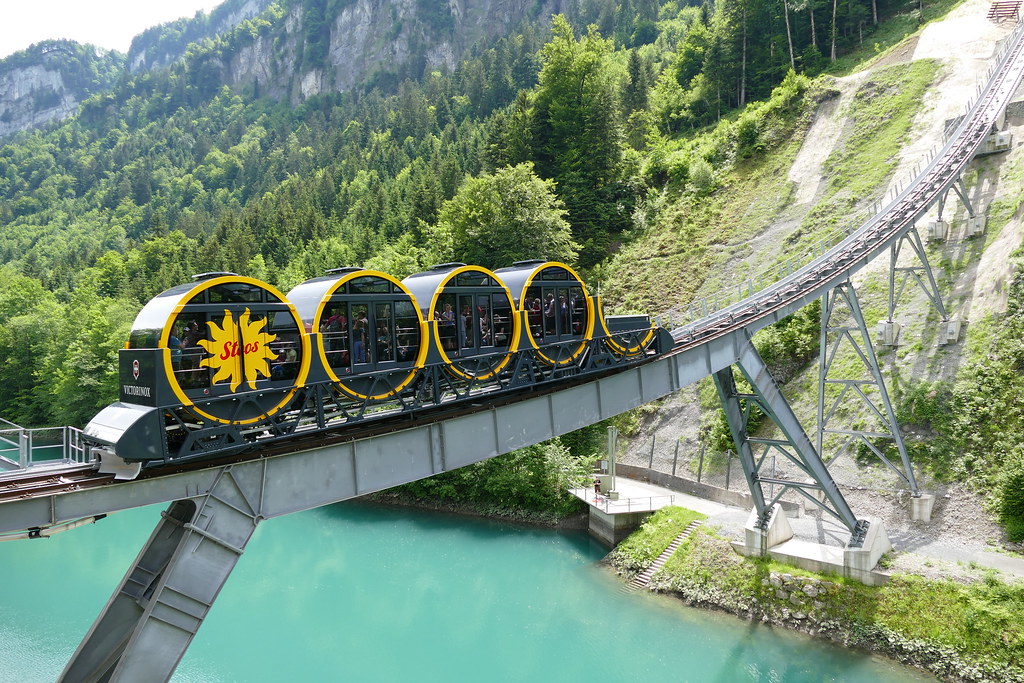 Inaugurated in December 2017, the Stoos funicular (in the canton of Schwyz) is the steepest in the world: it touches a 110% gradient. In four minutes it is able to take his passengers from 562 to 1302 meters of altitude.

The cabins, which rotate to allow passengers to always remain in a perpendicular position, are able to transport 1,500 people per hour. 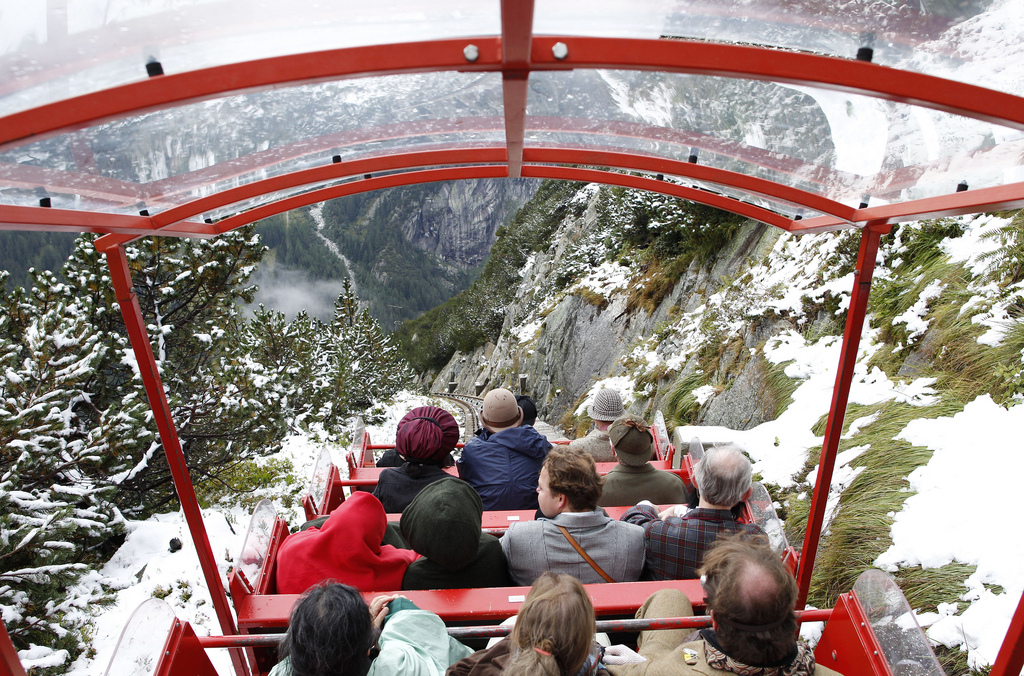 Here the uphill climb and the downhill descent into open cars are a breathtaking experience. The slope reaches a maximum of 106 percent. 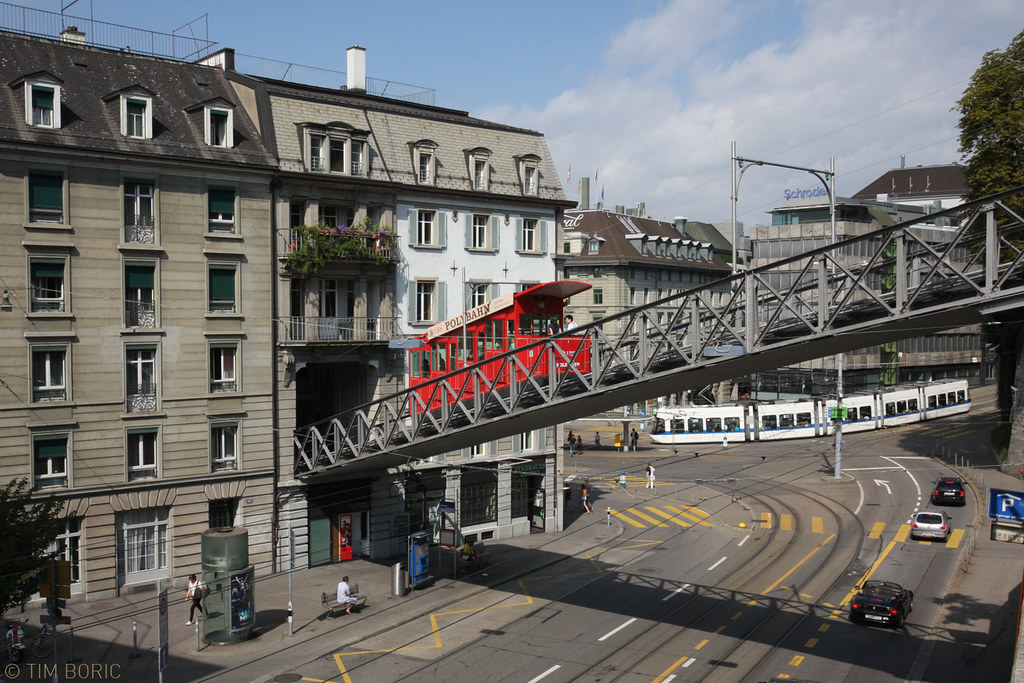 Entered in operation in 1889, the funicular carries 50 passengers every two minutes in every direction.

The line has always been the same since it was inaugurated. Saved by the ruin in 1976, the historic Polybahn was refurbished, equipped with the latest technique, and in 2001 the mountain station was again painted with the original color, in Sienna red. 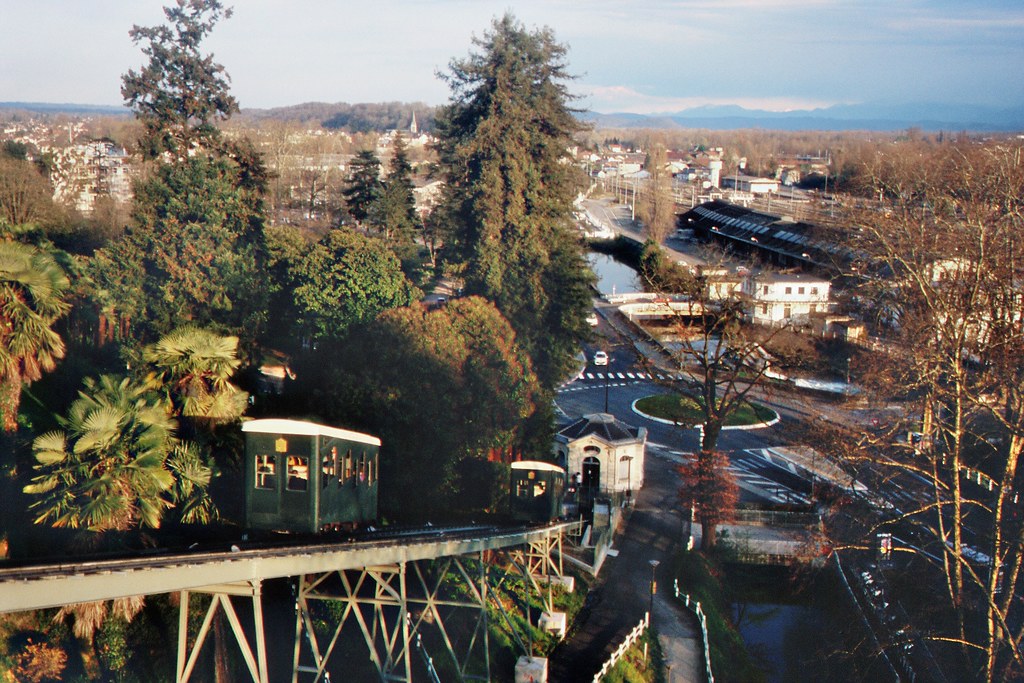 The funicular of the city of Pau, in the department of the Atlantic Pyrenees, in the south-west of France, connects Boulevard des Pyrénées, in the city center, with Château de Pau.

More than just a means of transport, the Guindais funicular in Porto offers an excellent opportunity for sightseeing in the two areas of the Portuguese city. From Batalha to Ribeira, or vice versa, it takes only two minutes. You can enjoy a splendid view of the Douro River and the Dom Luís I. 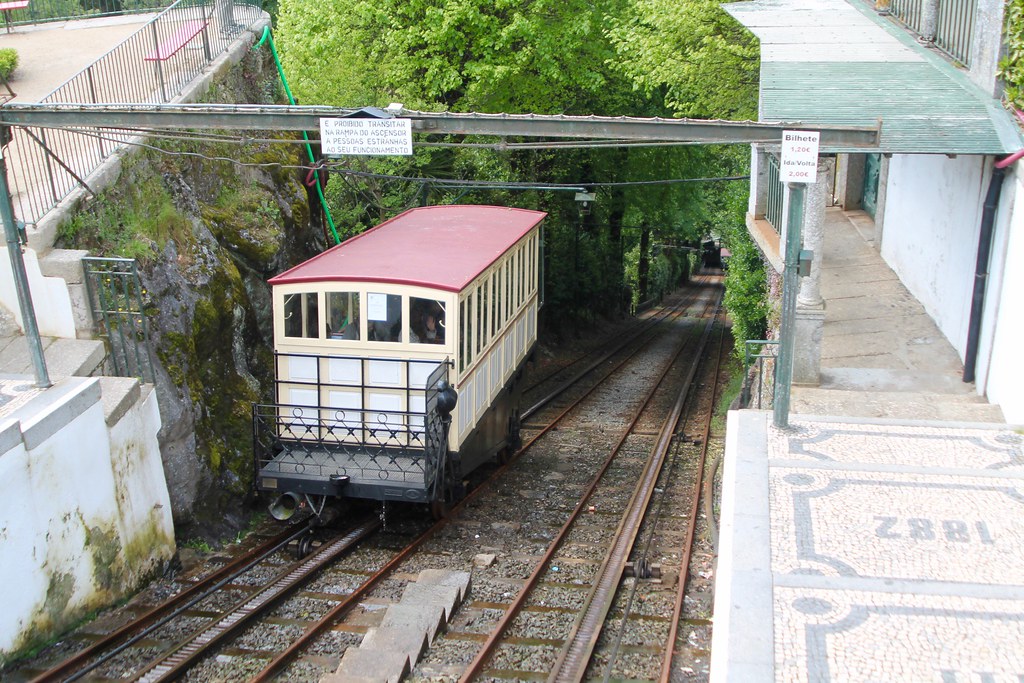 The do Bom Jesus, in the city of Braga, Portugal, built in 1882 by Niklaus Riggenbach, is the oldest of the Iberian Peninsula. 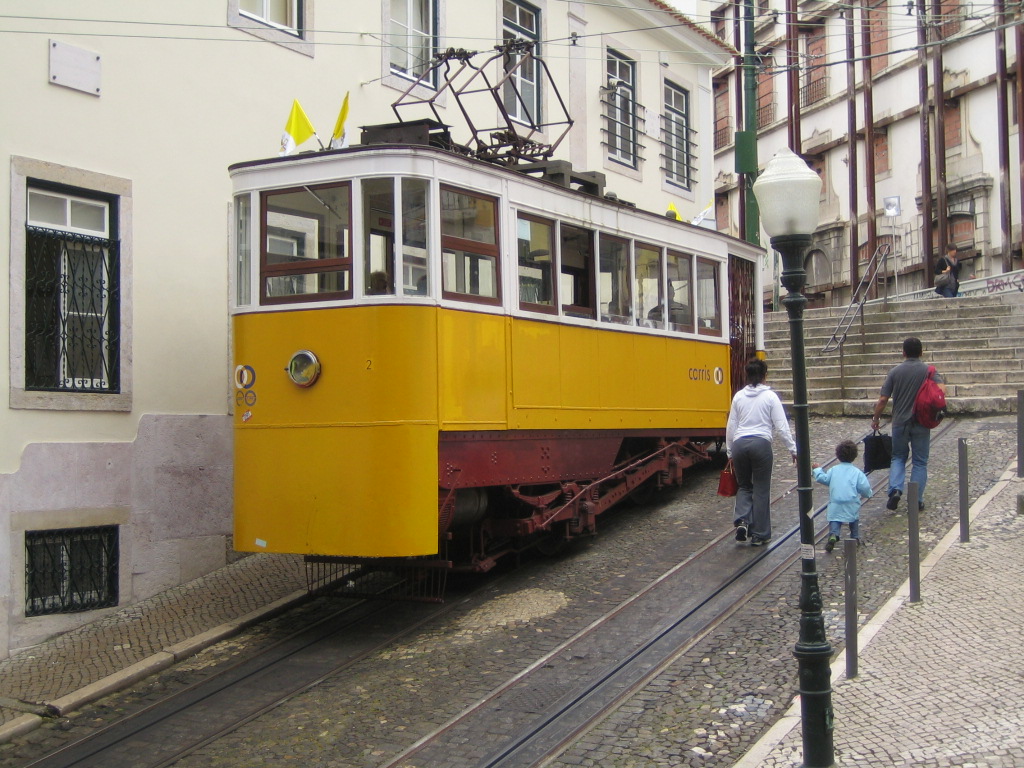 One of the funiculars of Lisbon, it connects Praça dos Restauradores with the Jardim de São Pedro de Alcântara. Opened to the public in 1885, in 2002 it was elected National Monument. 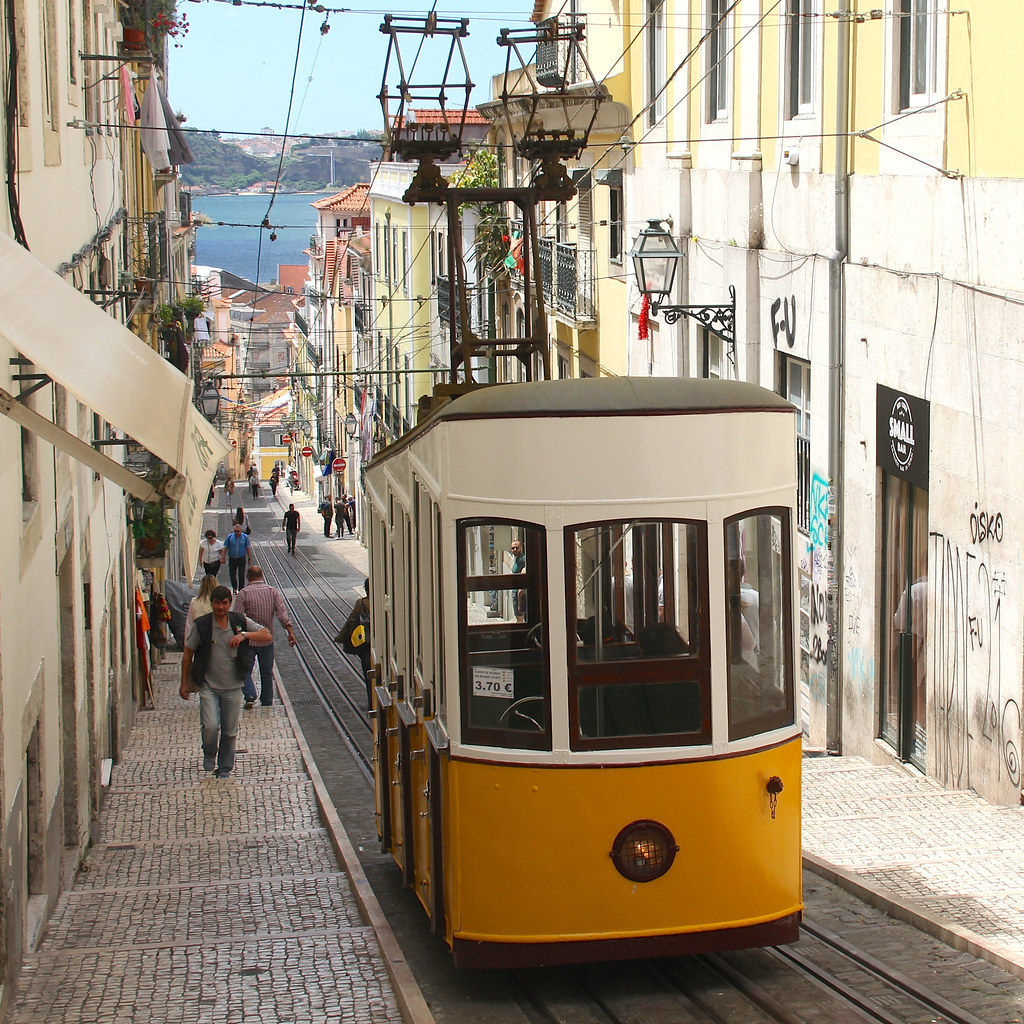 One of the most emblematic trips of Lisbon. The Bica funicular (in Portuguese: Elevador da Bica or Ascensor da Bica) connects Calçada do Combro / Rua do Loreto with the Rua de S. Paulo. The (photogenic) funicular was inaugurated in 1892.

Climbs the Rua da Bica de Duarte Belo for 245 meters. Since 2002 it is a National Monument.

It is the shortest in the world, only 66 meters long. For over a century it has transported citizens and tourists from the Lower City to the Upper Town.

Inaugurated in 1890, and steam-powered until 1934, it has maintained its original appearance and structure to this day. For this reason, it has become a protected cultural heritage. 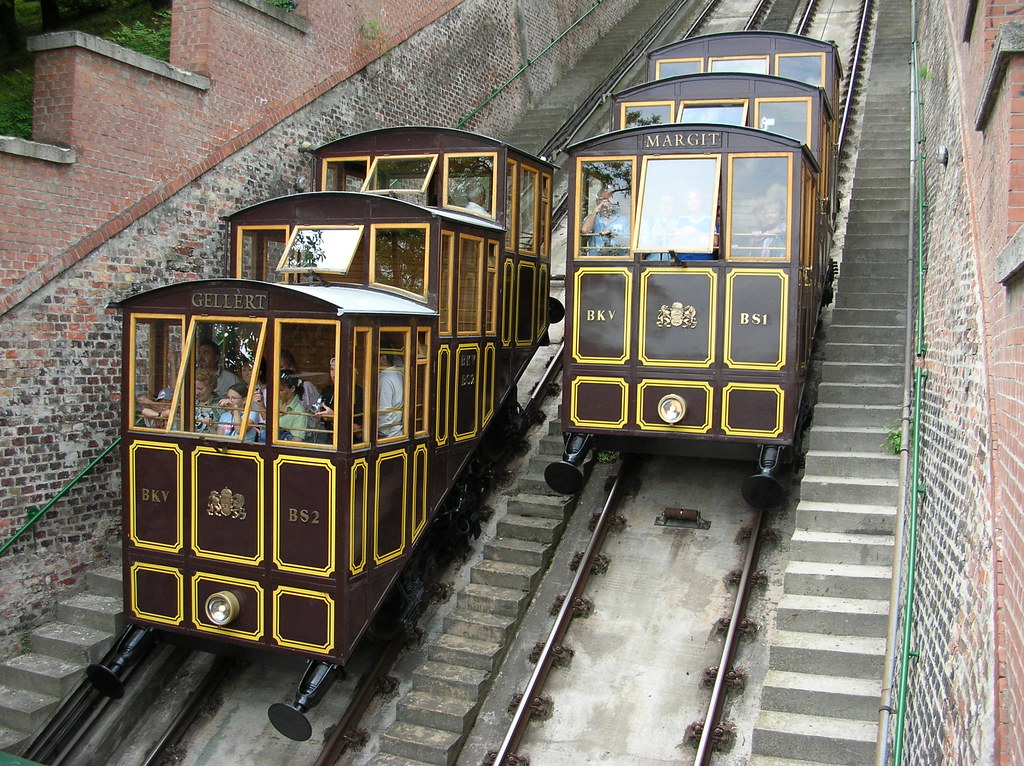 The Budavári Sikló (or simply "Sikló", as it is called by the Hungarians) connects the Chain Bridge with the Buda Castle. The line was inaugurated in 1870.

From the top, there is a splendid view of the city.

More in this category: « Funiculars what a beauty: these are the most beautiful in Italy World's steepest funicular: the Stoos funicular is a thrill »