Are you looking for information on the Kumbh Mela festival? Following you will find everything you need to know about the greatest pilgrimage in the world. History, dates and places, the sacred ritual and much more. Find out when the next Kumbh Mela in India will be.

In almost all religions, among the rules to be observed, the pilgrimage is present. We go to sacred places related to our creed, we bring gifts and offerings to the deities that we want to pay homage to, we purify ourselves from the "sins" committed during our lives. There is one of these events that is considered, with good reason, the largest religious gathering on the planet: the Kumbh Mela. 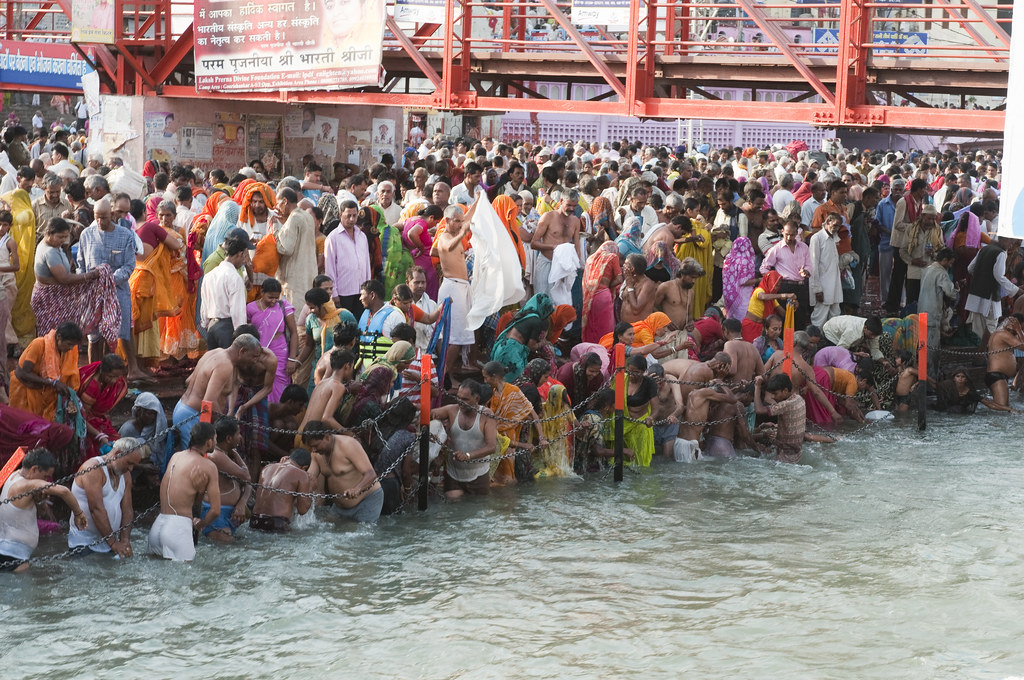 In 1895 the writer Mark Twain attended this event, describing what he saw as an experience "beyond all imagination, incredible for people like us, insensitive whites". This ceremony, which continues even in modern times, arouses, as then, in the eyes of a Westerner, emotions difficult to decipher but certainly very profound.

Kumbh Mela is the biggest religious festival in the world, it is a pilgrimage made by over 100 million Hindus to a sacred river. Unfortunately, many of the previous versions of this event have been marked by accidents and deaths: human crowds are complex systems and so predicting their behavior is just as complicated and challenging.

But Kumbh Mela in India is above all an event as fascinating as it is spiritual. This ancient Indian festival is a meeting of mystical minds, which brings Hindu holy men to meet to discuss their faith and spread information about their religion.

The main ceremony is the ritual bath: the Hindus believe that by immersing themselves in the sacred waters on the most auspicious day of the new moon, both themselves and their ancestors will be absolved of sins, thus ending the cycle of rebirths. As the sun rises, the different groups of pilgrims move in a procession towards the river to bathe.

After the ritual, they wear clean clothes and continue to offer prayers and tributes to the deities from the river bank.

Kumbh means vase or pitcher, while Mela means festival or fair. So, the Kumbh Mela, literally, is the Pitcher Festival. The name refers in particular to the pitcher of nectar in Hindu mythology.

Legend has it that the gods once lost their strength and asked for help from Brahma and Shiva to regain it. They, in turn, suggested the help of Vishnu, who commanded to wave the oceans to obtain the water of eternal life, the amrita. For this reason, the Devas (gods) had to agree with the enemy demons, the asuras, with the promise of sharing the benefits of the action.

They accepted, but when the urn containing the amrita appeared, there were 12 days and 12 nights of struggle between the two factions, corresponding to 12 human years. During the battle, Vishnu escaped with the disputed container, which lost a few drops in four places on earth: Allahabad (Prayag), Haridwar, Ujjain and Nashik.

The first testimony of the great festival is found in the texts of the Chinese monk Xuanzang, who was present at the event presumably between 629 and 645 AD.

The festival is held in rotation in four of India's holiest Hindu sites - on the banks of the Godavari River in Nashik (Maharastra), the Shipra River in Ujjain (Madhya Pradesh), the Ganges River in Haridwar (Uttarakhand) and at the confluence of the Ganges, Yamuna and Saraswati, the mythical rivers in Allahabad / Prayag (Uttar Pradesh).

The event takes place in each location once every 12 years. In theory, it should take place every three years in a different place, but the exact time and place of the festival depends on some astrological and religious considerations, which means that it is sometimes organized only a year away. 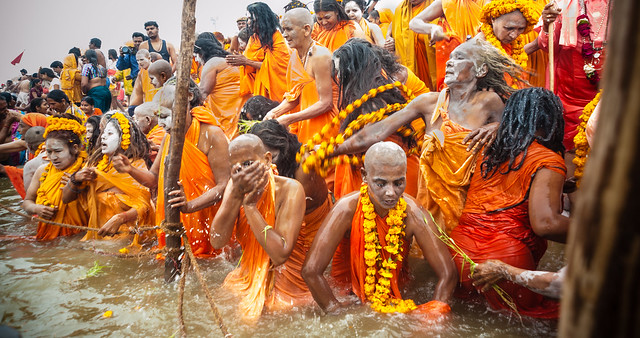 There is also a Maha Kumbh Mela held once every 12 years, and one every six.

When will it be next Kumbh Mela?

More in this category: « The 10 most mystical places in the world 10 trips to admire the animals »