Raise your hand who at least once as a child has not played with dolls. Well, forget those sweet childhood memories because here the dolls will put you ... terror.

The island of dolls in Mexico, in fact, is known for being one of the most fascinating abandoned places in the world.

The island is located just south of Mexico City, along the Xochimilco lake, and is technically a chinampa, or an artificial island built in the pre-Hispanic period: today the island is completely desert if not for hundreds of broken dolls and severed limbs that are entangled in the branches of the thick bush that covers the entire island. 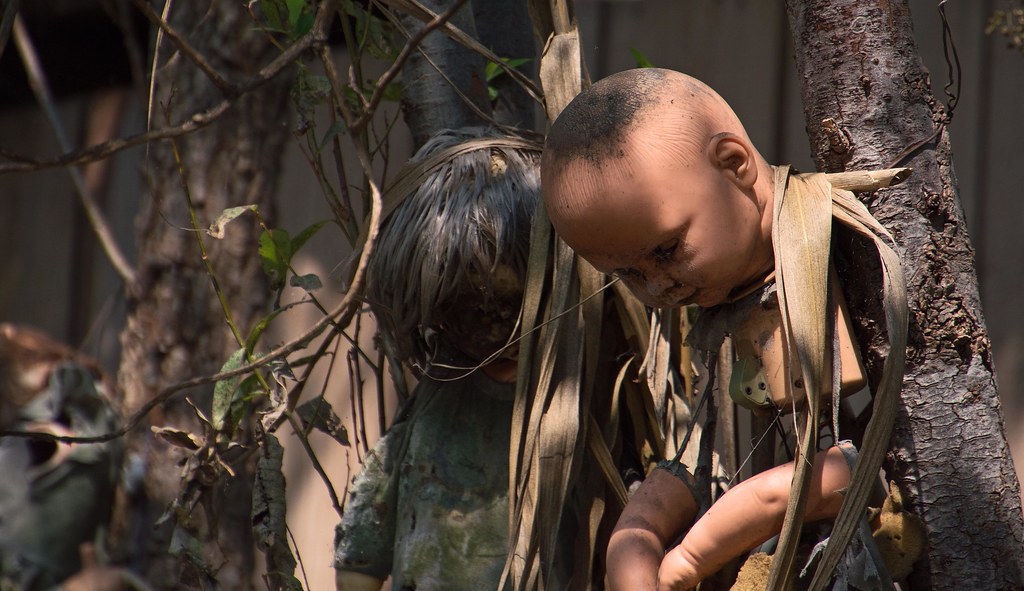 Are you sufficiently terrified? Keep reading!

The island of dolls, in Spanish Isla de las Munecas, became famous in the fifties when a man named Julian Santana Barrera occupied the island to live alone. From there history and legend mix together.

The legend says that Don Julian found the dead body of a girl together with his doll in a canal: as a last act of pity for the little girl, the man hung a doll to a tree. 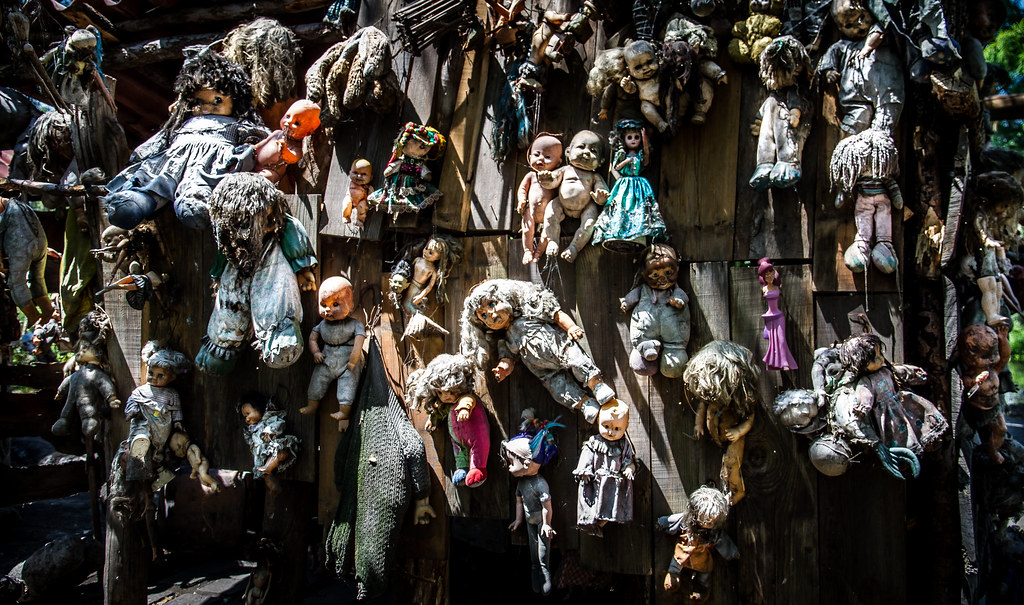 From that event he was so disconcerted that he lost his mind: he began to collect spasmodically the remains of dolls that he found randomly or that he bought from second-hand dealers, and then hanged them on the island almost to drive away any evil spirits.

Don Julian's strange life ended in 2001 when he was found dead in the same canal where all began.

Since then, the island of Mexican dolls (there is another in Nagoro, Japan) has become a destination for tourists, curious and thrill-seekers. 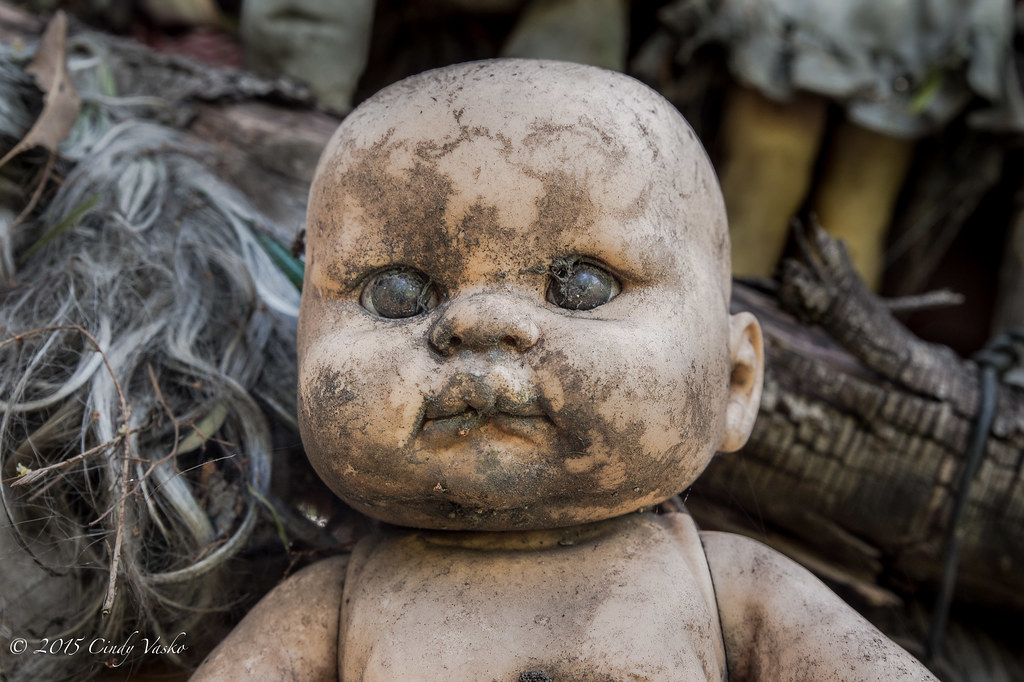 Walking between severed heads, dolls without eyes, heads and plastic bodies is really disturbing: a few minutes here you will soon begin to be afraid of your steps on the dry branches.

Reaching Isla de las Munecas is not very simple: Mexicans are very superstitious and few are willing to bring you there. Once you get to the Xochilmico reserve you'll have to rent a , a small boat that, after two hours of navigation, will take you to this macabre playground. A hanging doll seems to want to welcome the tourists who visit the doll island in Mexico City. 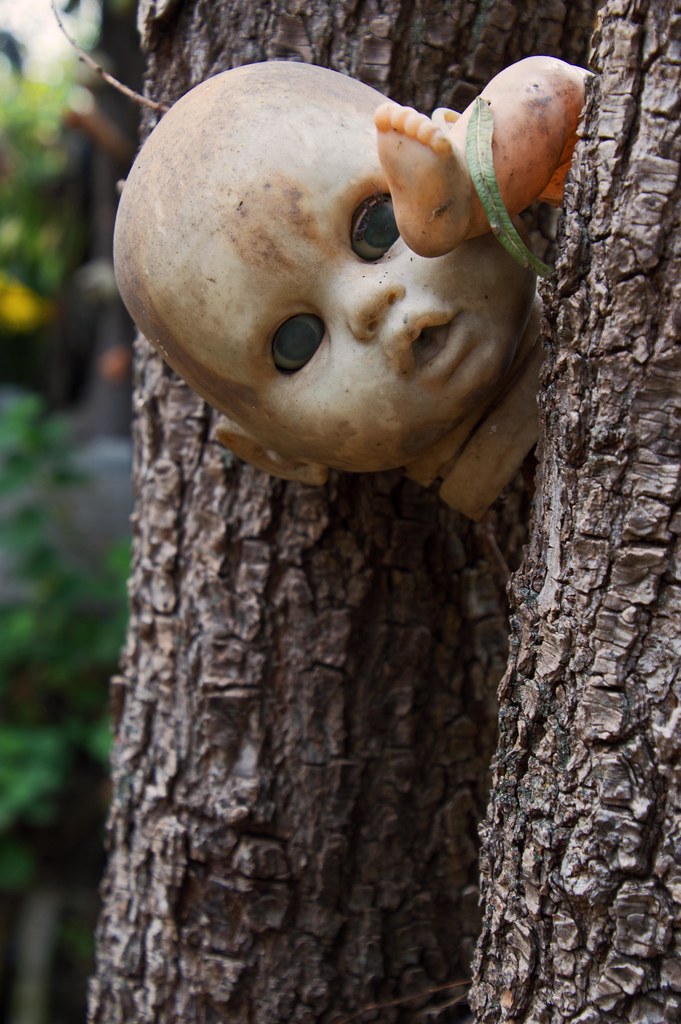 You can even decide to stay on the island for the night at your own risk. The locals say that on the island of the dolls, at sunset, the take life by wandering around the island like souls in pain and then come back to life at dawn, hanged every day on a new tree...
Tagged under

More in this category: « Kanamara Matsuri: welcome to the Japanese Penis Festival In the enchanted forest of monarch butterflies »