The natural phenomenon of the aurora borealis hides some secrets that only local populations know.

The Northern Lights show fascinates anyone who is lucky enough to assist in it. But this natural phenomenon hides some secrets that only local populations know.

First of all the term Aurora Borealis, the international name with which the event is defined, was coined by Galileo Galilei in 1619 from the name of the Roman goddess of dawn ‘Aurora’ and the word ‘Borealis’, or ‘Nordic’.

The Sami people who live in Lapland, however, call the aurora with the word guovssahasat which means ‘morning light‘ or ‘evening light‘ and also gives the name to a bird, the Siberian sparrow, which has colored feathers and a very jovial character. According to a belief of the ancient Finns, the soul of a hunter would enter the body of the sparrow. So killing a Siberian sparrow brought bad luck. And even the northern lights were considered spirits of the dead.

The Finnish word for aurora borealis is revontulet which means ‘fox fires‘. The fox of fire is a mythological animal of the Northern countries much sought after by hunters. According to legend, in fact, who manages to capture a fox of fire becomes rich and famous.

Another meaning of revontulet is ‘spell‘. So for the Nordic peoples, the auroras were spells caused by the forces of darkness and light that fought each other in the heavens.

Those who could admire an aurora borealis will have noticed that it often forms arches in the celestial vault. In the epic poem of Karelia, a region of Finland bordering Russia, called Kalevala, the aurora is identified with the gates of the North. In some dialects of this region, the aurorae are still called ‘burning gates‘.

But it’s not over. In the North often the northern lights have a pale green color: for this reason it was believed that the lights of the night belonged to the dead. For example, the Inuit of Greenland thought they were the souls of dead children playing in the sky. The Northern Lights are therefore highly respected by people who also have a little fear of them. Even the Native Americans were convinced that it was the souls of the dead who ran on horseback or played with each other. 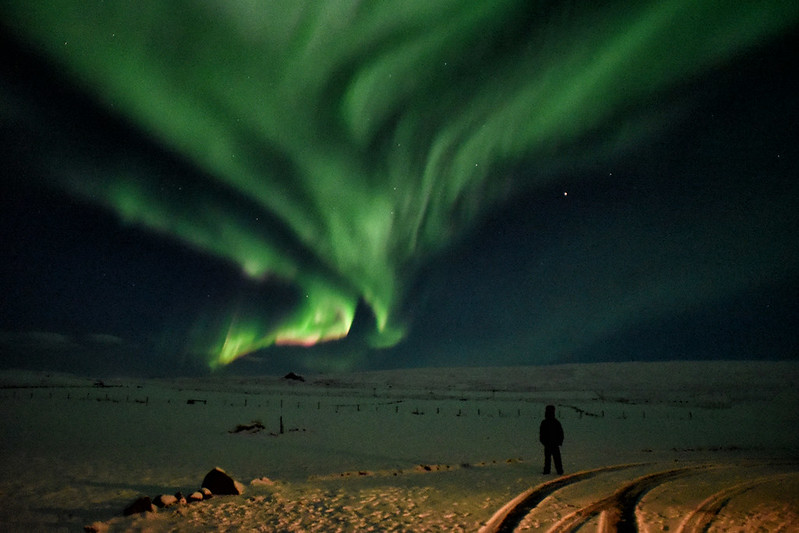 On the rare occasions when they are spotted in central and southern Europe, the northern lights are red. This is why the ancient peoples of France, Greece, and even Italy associated them with the color of blood and therefore were a symbol of bad auspice. It seems that during the Franco-Prussian war (1870-71), for example, the skies were illuminated by the red lights of the dawn just when the battlefields were red with the blood of the fallen soldiers. And similar stories are handed down from the time of the American Civil War, the French Revolution, and other historic battles. Only coincidences?

The legends about the northern lights have come to Asia. In the Far East, the aurorae are a symbol of good luck: it is said that a child conceived under the light of the dawn is destined to become a lucky adult.

That brings good or bad, the fact is that the show is still exciting.

The myth of Santa Claus: sure that it comes from the North Pole?

The 10 most spectacular places to see the Northern Lights

How to photograph the Aurora Borealis: the complete guide

How to Prevent and Remove Head Lice While Travelling

Take pictures while travelling: how to avoid common mistakes

Between follies and ancient traditions: the carnival in the world

The benefits of traveling you must not understimate