It is located in Kandovan, a strategic point in northwestern Iran equidistant from both Armenia and Turkey, the only troglodyte village still inhabited on the planet.

This means that it is the only agglomeration in which men and women live inside houses built into the rock on a permanent basis, without this particular specificity being linked to tourism issues, as happens for example in Cappadocia. 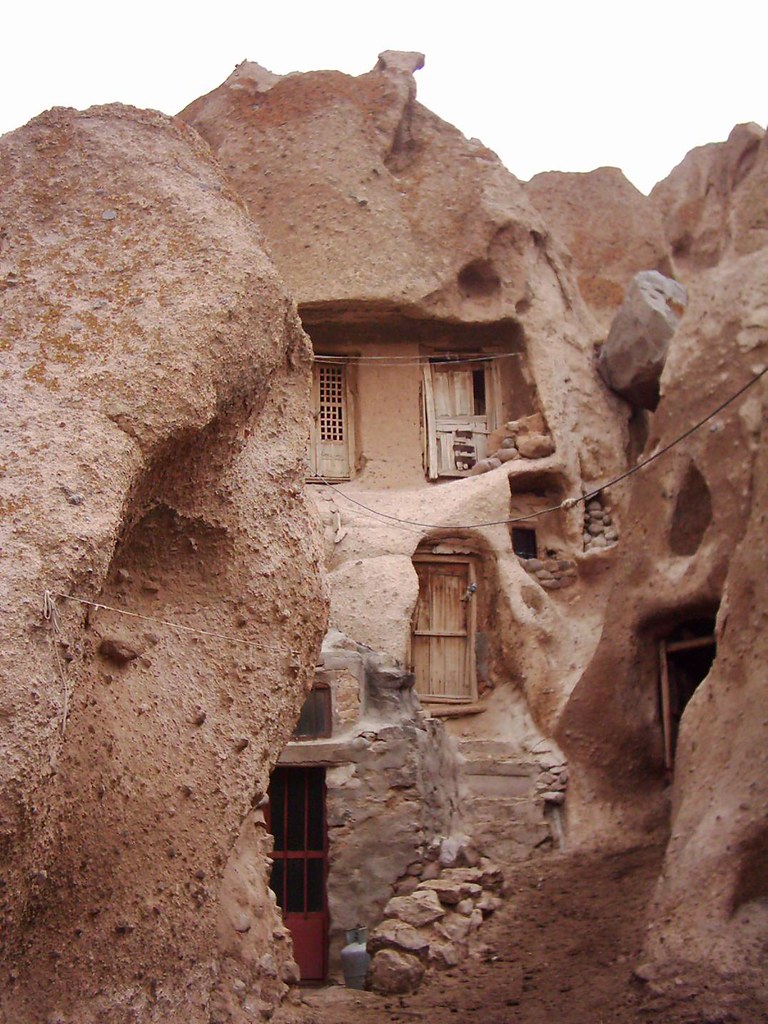 However, the panorama is more or less the same, that is, small and large cones resulting from a mighty lava flow coming from the nearby Sahand volcano, now at rest for 11 thousand years, shaped by time and atmospheric events.

It is also the troglodyte village inhabited for the longest time, given that historians are convinced that the first settlements in those parts can date back to 4 thousand BC. The first certain evidence of permanence inside the lava cones, however, dates back to seven centuries ago, when nomadic tribes fleeing the Mongol invasions came there almost by chance and tried to adapt those hollow rocks to a home. 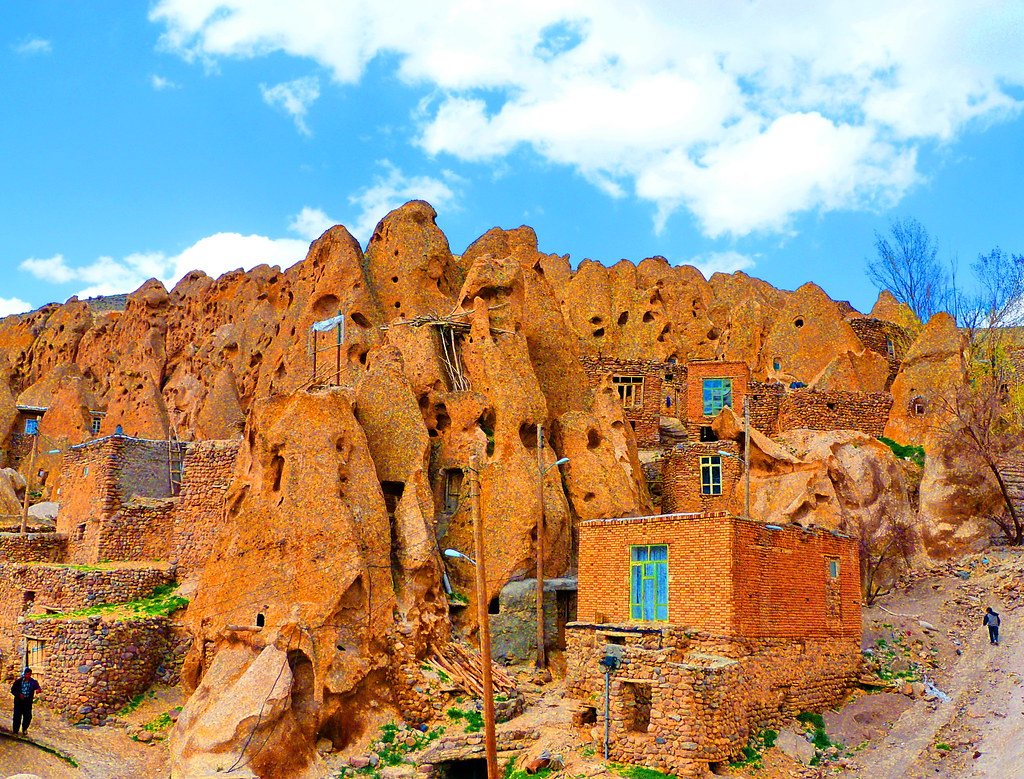 The phenomenon is now called karaan, or inhabited caves, but it is difficult to notice the presence of the village if you do not get inside. From a distance, the houses seem more or less high flames of tuff without any attraction other than landscape, but as you get closer you begin to identify the first windows, the first doors, and then the steps made to go up from one floor to another floor, from a house to another, until you realize that those holes in the rock hide real houses with lots of inhabitants: almost six hundred, to be precise, which over the years have equipped themselves with a mosque, a school, a public spa and even a hotel for the first curious. 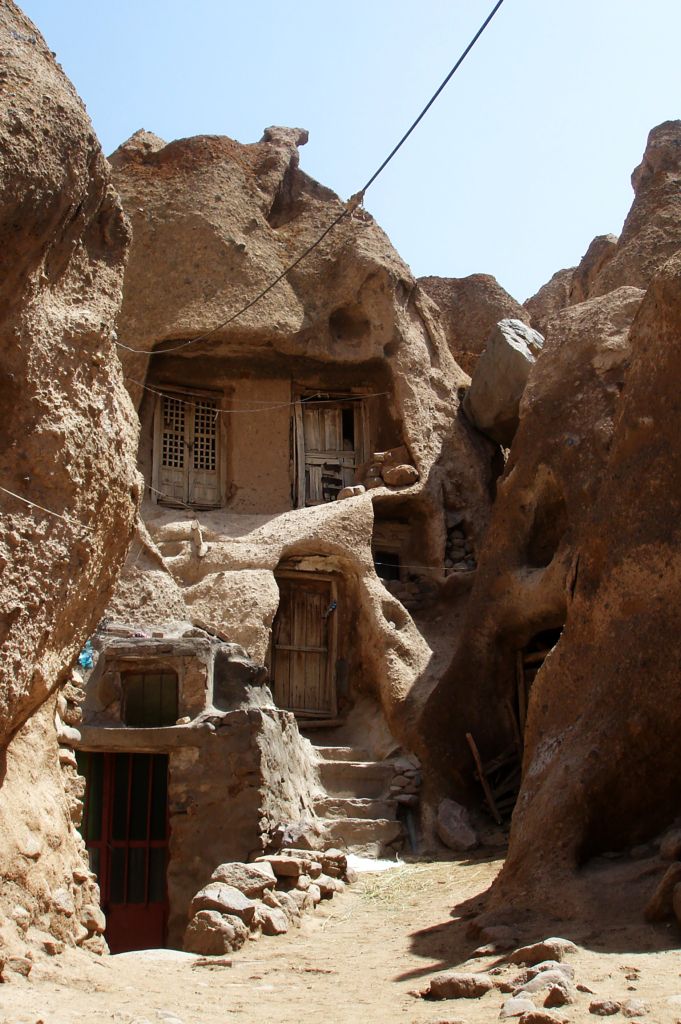 Fortunately, the tourist flows are not such as to have to think of the inevitable distortion of the small community, a bit like what happened in the villages of Cappadocia which, especially in recent decades, have sold their souls to the devil and have turned into real industries tourist. In Kandovan none of this: the houses remained houses and will continue to remain so for a long time.

The structure is almost identical for all of them, divided as they are into several levels, each of which is destined for a specific purpose: the ground floor is usually used as a stable and as an environment for work tools, while from the first to the fourth floor (although many of they stop at the third) are distributed the rooms for the family and the rooms where store the food. The particular structure of those houses in fact allows them to maintain a more or less constant temperature inside, never too high in summer nor too low in winter: the walls are even two meters thick, a natural insulation against thermal changes. 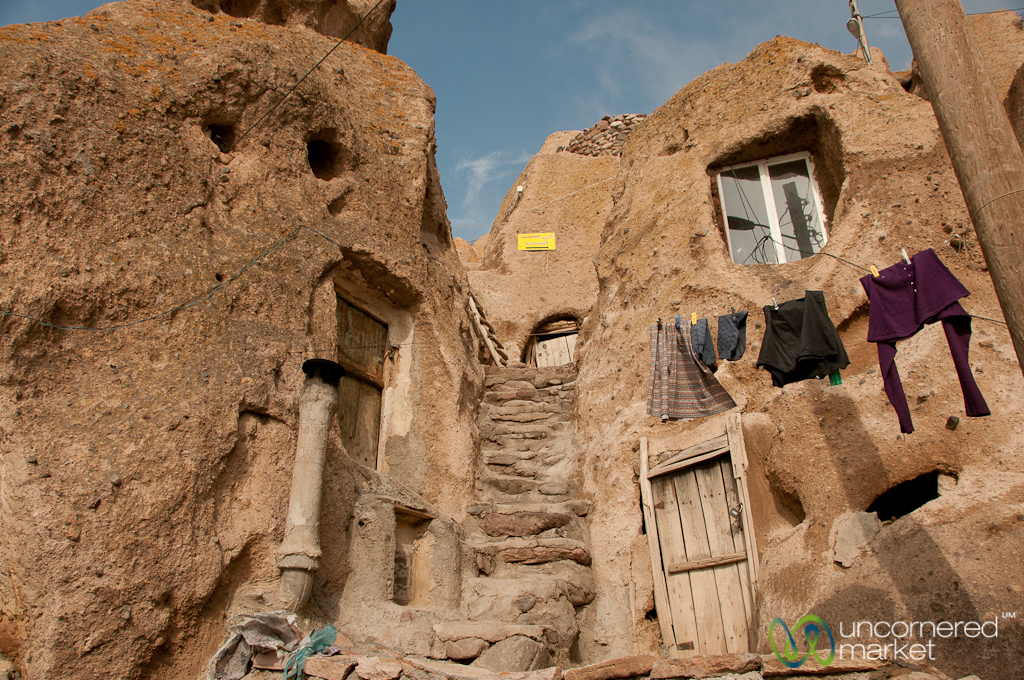 Particularly the custom of obtaining furniture, especially wardrobes to hold clothes, by carving them directly into the rock of the rooms. A detail of which you must be quite sure since in this way the possibility of changing the order of the furniture in the rooms is precluded.

India, the Ellora Caves: 34 temples symbolizing the encounter between religions