In Guatemalan language, it is called “Semuc Champey” and means “sacred waters”. It is one of the most spectacular places on the planet where the precious, life-giving liquid performs in truly incredible natural representations.

A landscape that induced the first inhabitants of that land not to believe that everything could have formed naturally, but that it was the result of a precise divine plan: the gods would have wanted to create a sort of paradise on earth and would have wanted to allocate it to those few that they had been able to find out. The nearest town is Lanquin, half an hour away: an unattractive village, which has built its fortune, however, on the nearby natural pools and today has changed from what it was only a couple of decades ago: a quiet and anonymous rural village where peasants made up the majority of the active population. 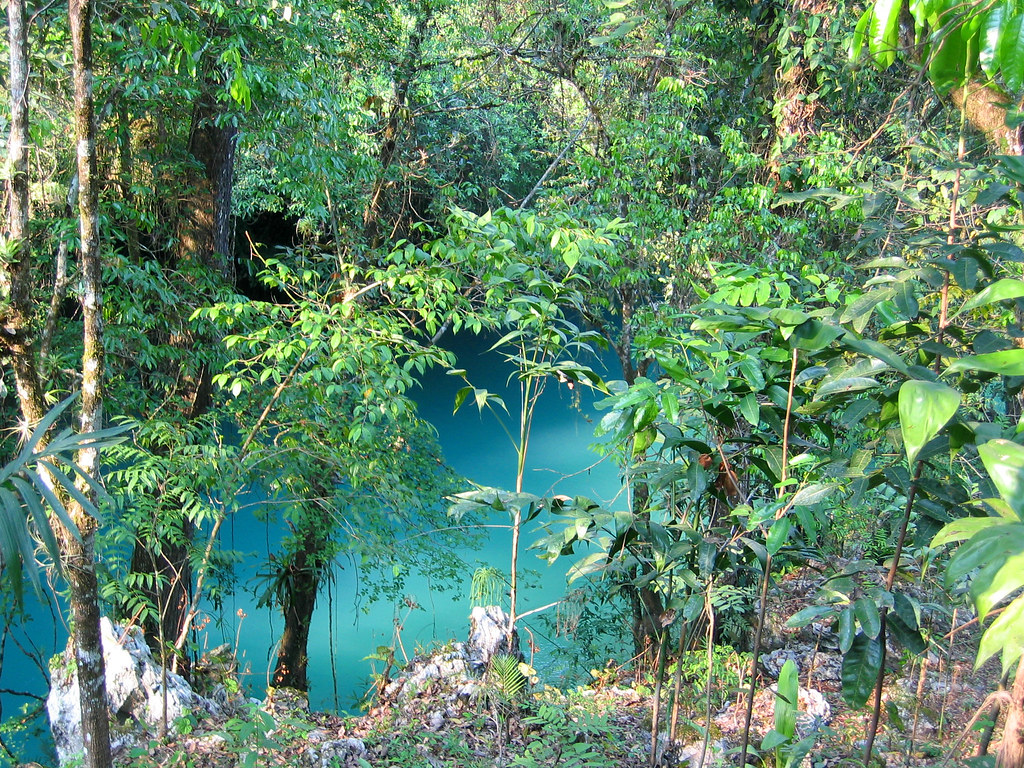 In recent years, however, shops, restaurants, and hotels have multiplied, distorting on the one hand the sleepy rural atmosphere of the place, but bringing new wealth to the inhabitants, who actually look at the sacred pools with deference and gratitude. Today the tourist can get closer to that natural wonder knowing that has certain points of reference for his stay in the heart of Guatemala. 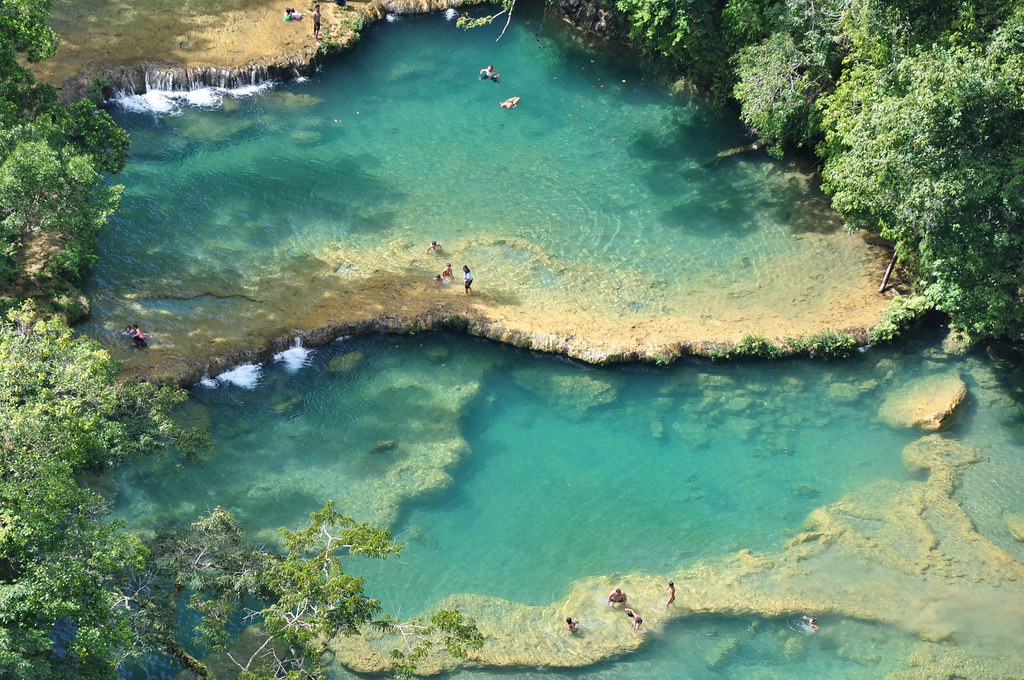 Semuc Champey was formed in a short stretch of Rio Cahabon, 196 kilometers in length, thanks to the sedimentation of carbonates that, dissolved in the water, deposited over the millennia to form first, a long limestone bridge, and then a series of micro and macro natural pools in which to bathe is one of those experiences that remain forever.

The waters take on all the colors of blue and blue and chromatically stand out against the bright green of the surrounding jungle. Fortunately, the area has been declared a natural park and entry is subject to the payment of a ticket, which greatly reduces crowding in the pools. 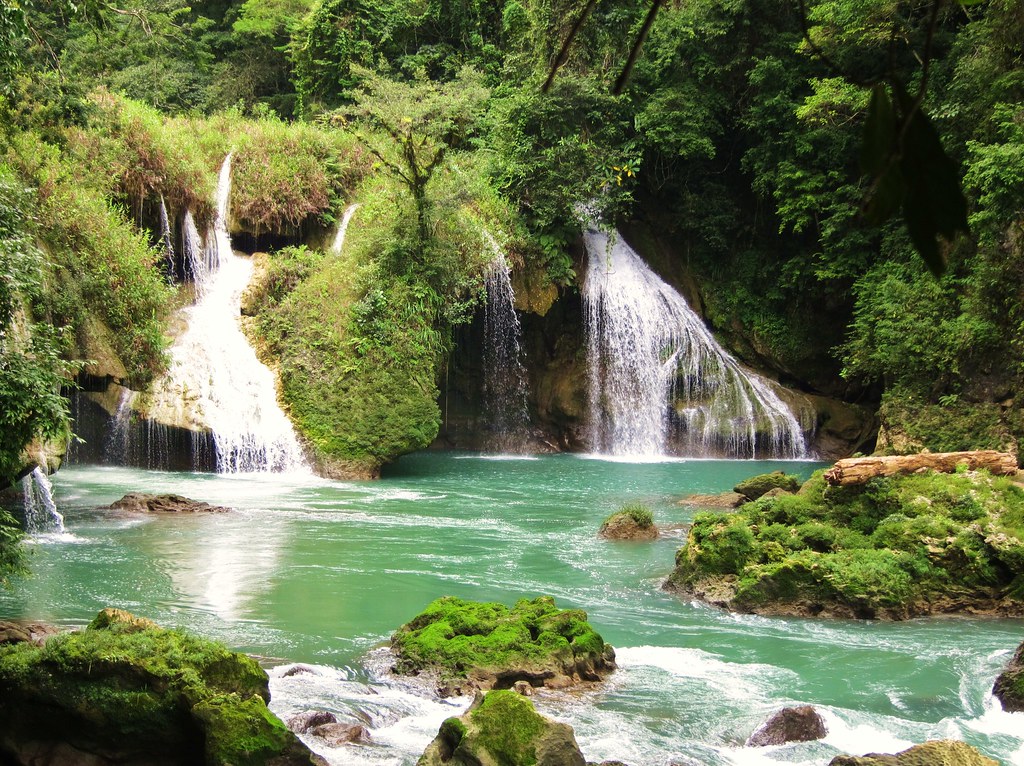 That is why a dive in those parts becomes an almost mystical experience, hence the name that the natives had already given it.

One pool slopes gently into the other with small waterfalls that contribute to giving an atmosphere of peace and relaxation, in stark contrast to the furious waters of the Rio Cahabon, which, once out of the pools, whirl up again to go and channel themselves in underground meanders.

A bathroom out of the ordinary, therefore, just as out of the ordinary are the underground caves of Lanquin, a complex of tortuous underground tunnels that stretch for about twenty kilometers underground. Part of them is visible today through specific guided tours: it is essential to have a light source since the government has decided not to touch anything inside them and consequently not even install lights or lamps. 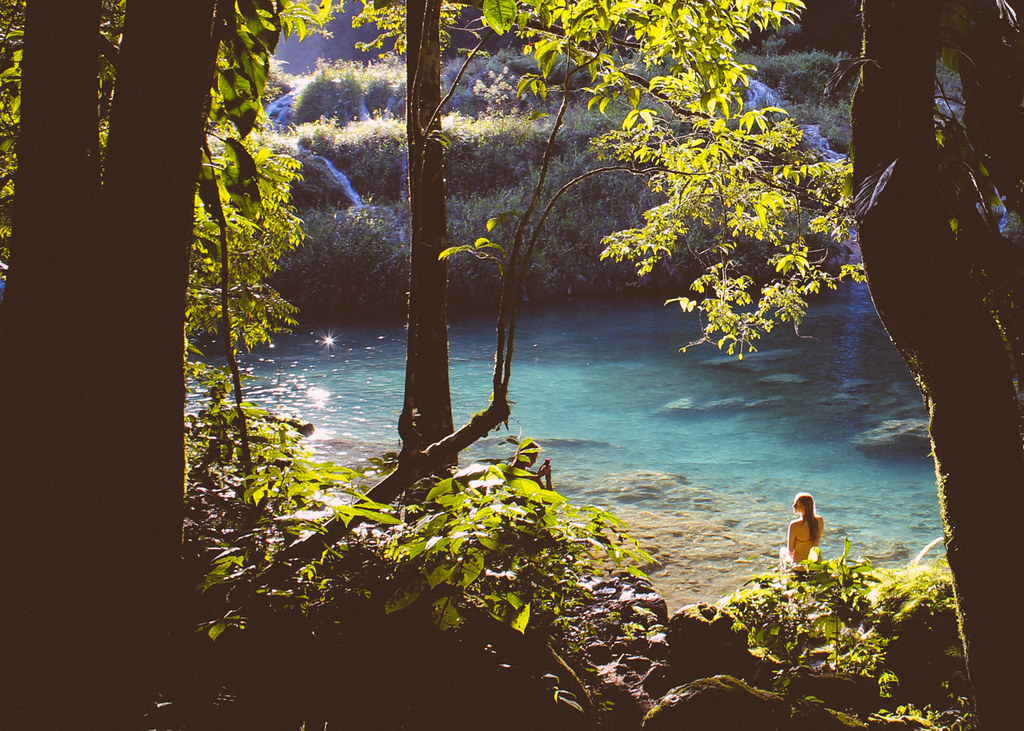 Surely you risk losing something, but you definitely gain from the point of view of the atmosphere, since it seems to immerse yourself in the heart of the earth in the same conditions in which the Guatemalans immersed themselves hundreds of years ago. And where perhaps they had found the secret of the beauty of their land.

Sun Moon Lake, the lake suspended in the mountains of Taiwan

Like in a fairy tale: the remote island wrapped in a cloud

The red shaded land of Bohu

Botswana: here is the largest salt pan in the world

The artificial lake with a thousand blue bubbles

Canada, the frozen lake of Harlequin

Have you ever seen an airport with the level crossing?