The Galleria Vittorio Emanuele II, the so-called Milan lounge, was built because in the first half of the nineteenth century the city watched enviously the urban evolution of the great European capitals and wished to be up to date.

In 1859 the idea of ​​a covered passage connecting Piazza Duomo and Piazza della Scala became more and more concrete and an international competition was launched to evaluate the proposals of several architects. 176 architects proposed their ideas, and among them was Giuseppe Mengoni’s, who thought of a long gallery crossed by an arm, with a large octagonal room at the center of the intersection.

In 1865, works began with the arrangement of the first stone by King Vittorio Emanuele II of Savoy, and two years after the Gallery was inaugurated even if incomplete and without the presence of the king. But the construction of the Galleria Vittorio Emanuele II has a tragic epilogue: its creator, Giuseppe Mengoni, died just during an inspection of his “creature”.

Many did not think of a casual accident, but a real suicide due to the many criticisms of his work and the disappointment caused by the absence of the king at the inauguration: no one could imagine the king was in poor health and he would only die a few days later. The Gallery is the “parlor” of Milan, where you can meet, buy (at a price), or just take a coffee. 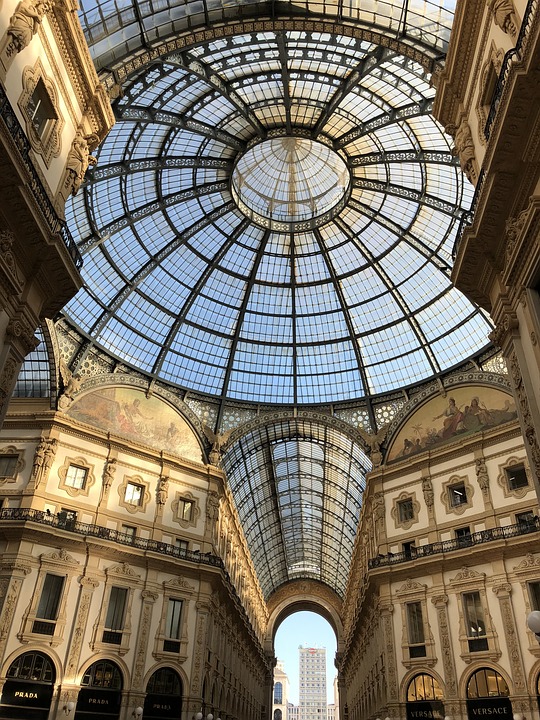 In the central octagon, today a privileged place for events and installations, on the floor we find the heraldic symbol of the Savoy: a white cross in red field and the bull (symbol of Turin) depicted with the testicles in sight.

The custom says that to have luck, man has to place his foot above the testicle of the bull (symbol of strength and vigor) and make a rotation with eyes closed by pivoting on that foot. Thousands of tourists and Milanese daily crush them ritually as lucky charm!

According to the legend, however, to have luck you have to rotate 360 ° with the right foot heel on the bull’s testicles only at 12 PM on December 31st !! Good luck!

How to reach: Metro Duomo

The 10 most hostile cities in the world

The 10 most beautiful bookshops in the world

Destination Copenhagen: The Round Tower