There are places in the world so incredible that they do not seem real, nature’s or man’s work that give indescribable emotions to those who observe them for the first time as for the umpteenth time. Still, some of these are less well-known than you think. Today I show you 10 wonders that, probably, you still don’t know.

Bastei Bridge, the most scenic in Saxony 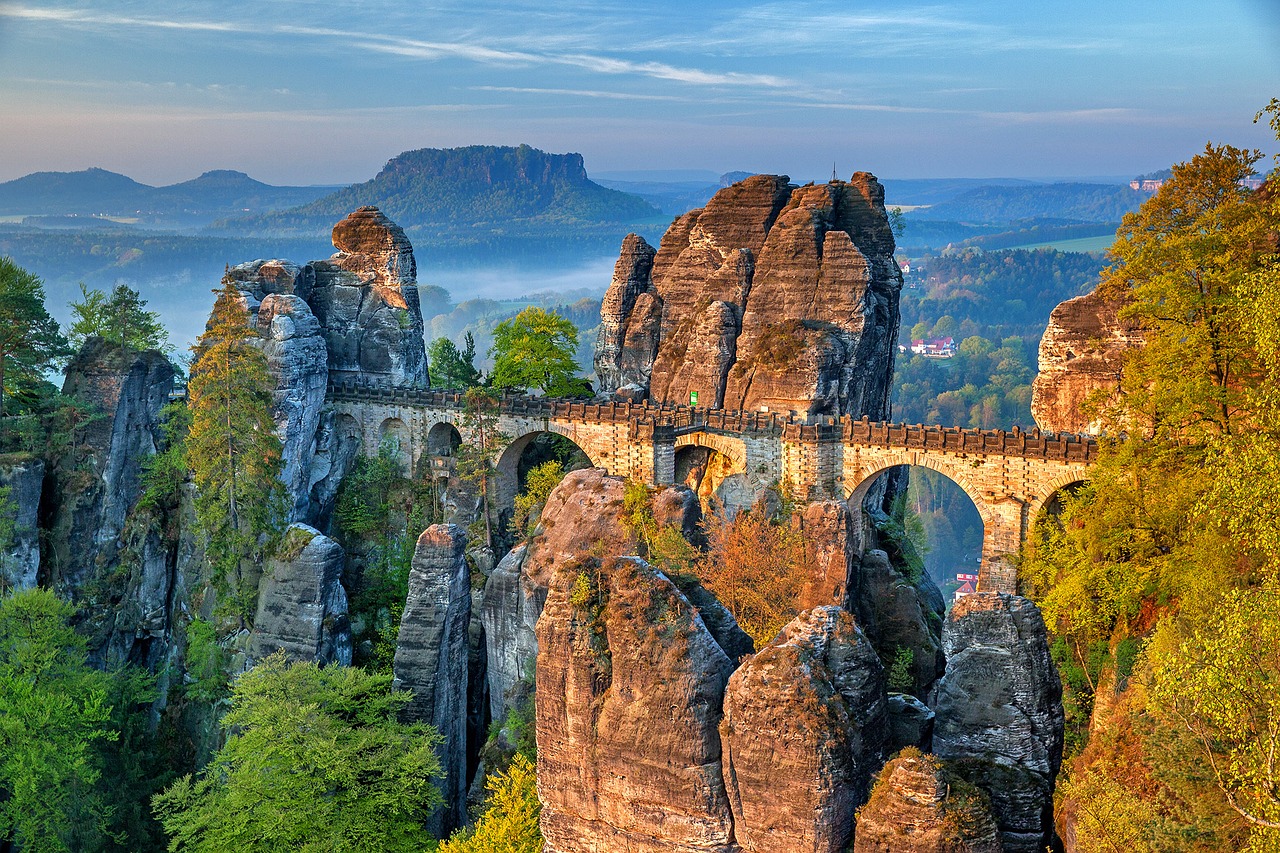 Among the most incredible places on the planet that you may not know, one is not that far away. This is the Bastei Bridge, an imposing rock formation that stands out for about 300 meters in height with its jagged profile not far from Dresden.

From here you can admire one of the most beautiful views in Germany, with the gaze that is lost in a unique landscape that has inspired poets and painters. 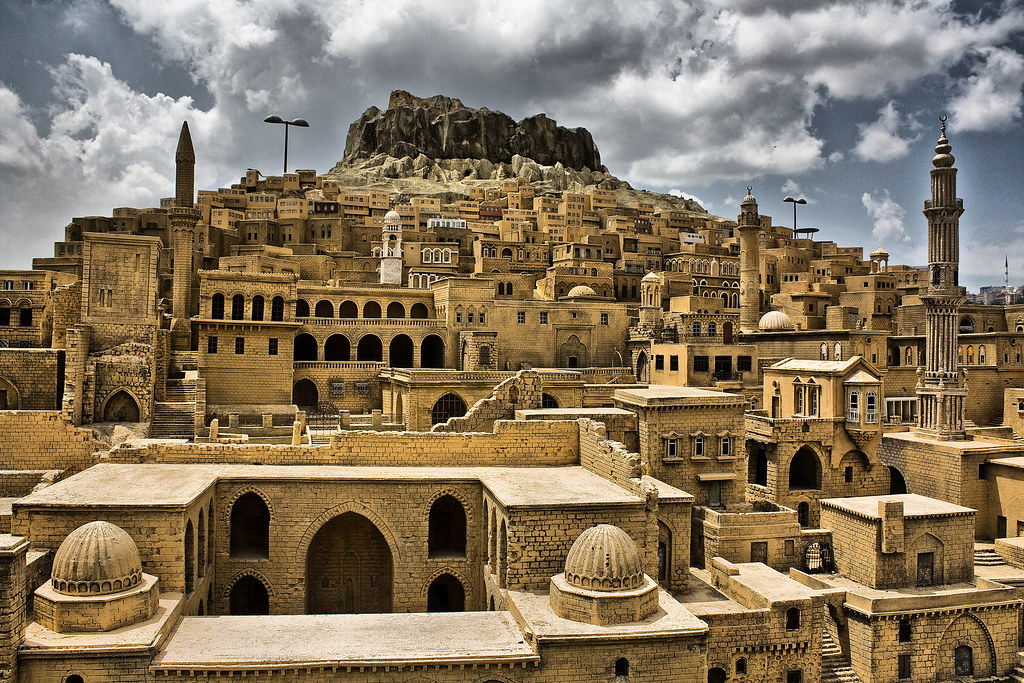 We move to Turkey to meet one of the most impressive cities in the world. We are talking about Mardin, renowned for its Arab architecture, the houses built in gold-colored stone and clinging to the promontory that merges with the rocks and the earth, the mosques and the characteristic buildings, and the strategic position, which allows it to dominate its rocky buttresses the Mesopotamian plain. To discover. 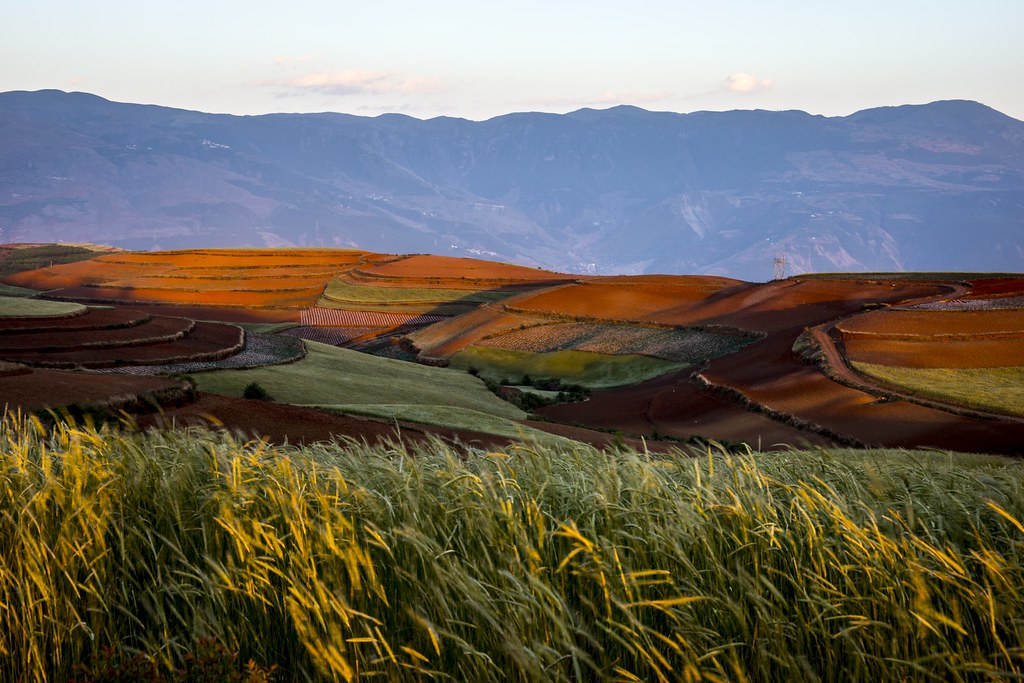 China is full of extraordinary attractions. Among these, there are undoubtedly the red earth terraces of Dongchuan, nicknamed “the palette of God” for the extraordinary reddish color, due to the oxidation of the iron present in the soil caused by the hot humid climate, which is counterbalanced by the verdant fields around, the blue sky and white clouds, giving an extraordinary view. 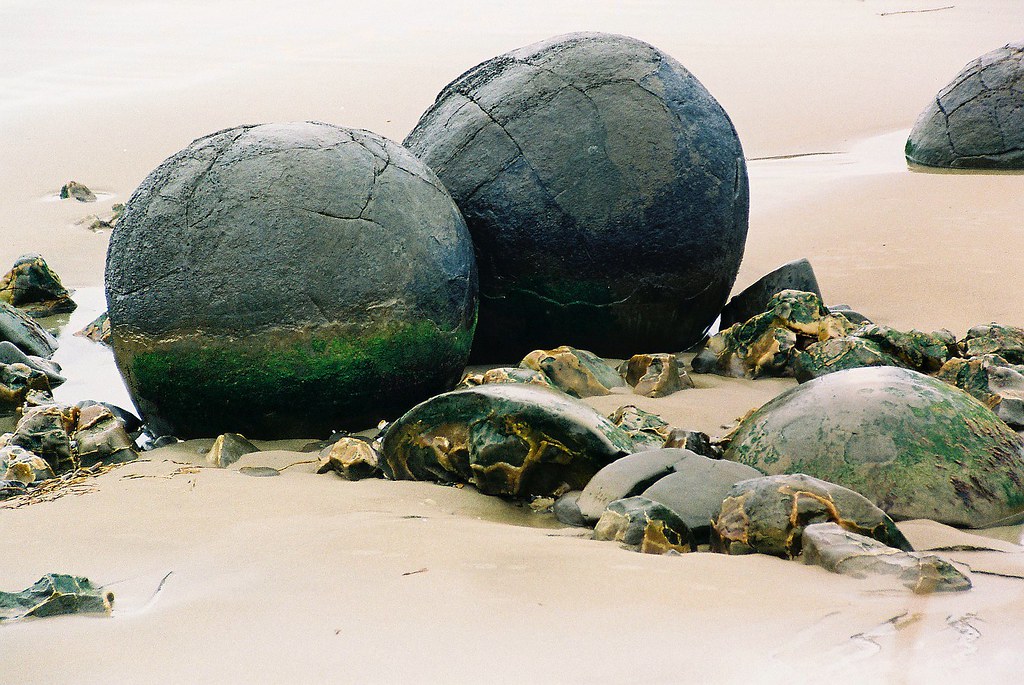 Among the most evocative attractions of an extraordinary land like New Zealand, there are the incredible Moeraki Spheres that dot the shoreline of Koekohe beach like gigantic marbles.

A particular legend hovers over them, which makes them even more suggestive.

Hierve el Agua: when appearances can be deceiving Another incredible place, which perhaps not many people know about, is not what it seems. In fact, from a distance, it looks like a huge icefall. In fact, Hierve el Agua (which in Spanish means “water that boils”), is an incredible rock formation.

Located 70 km east of the city of Oaxaca, Mexico, it was created by freshwater springs rich in calcium carbonate and other minerals, which are deposited in rock pools from which, over thousands of years, they overflowed creating the side of the mountain something like flat stalactites which gave rise to this extraordinary effect. 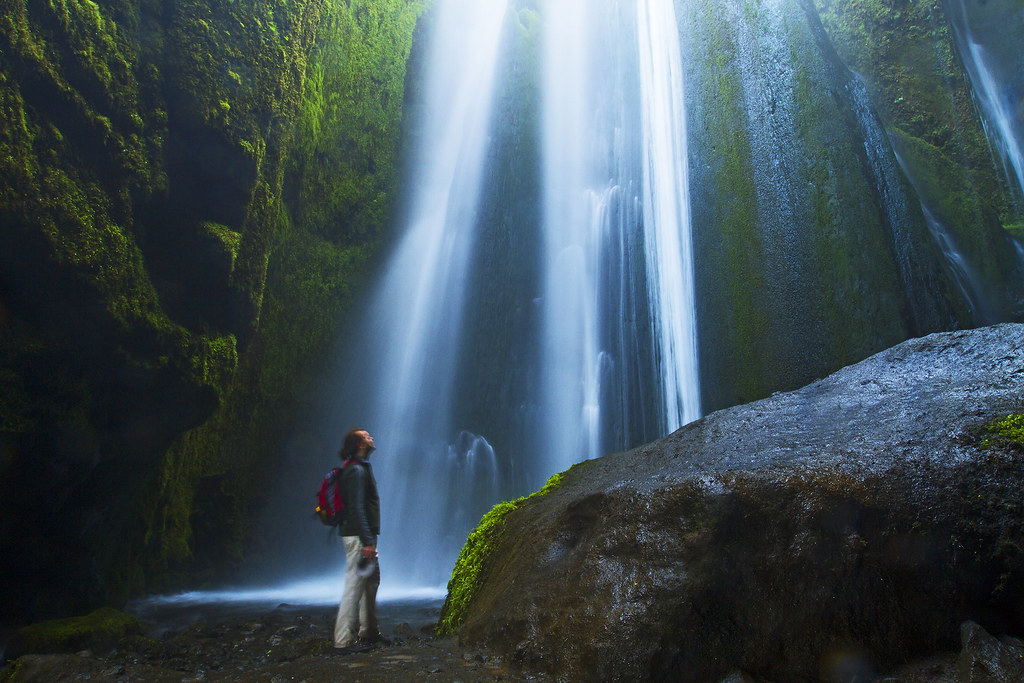 Among Iceland’s most hidden and unmissable attractions is the stunning Gljúfrafos waterfall, located about 600 meters north of the more famous Seljalandsfoss. Here the water falls into a narrow and dark gorge characterized by steep walls that obstruct visibility.

It can be reached by following a path that enters the narrow canyon where the water falls into a small pool, or through a more tortuous path, where there is a wooden staircase, which allows you to observe it at about half of its height. 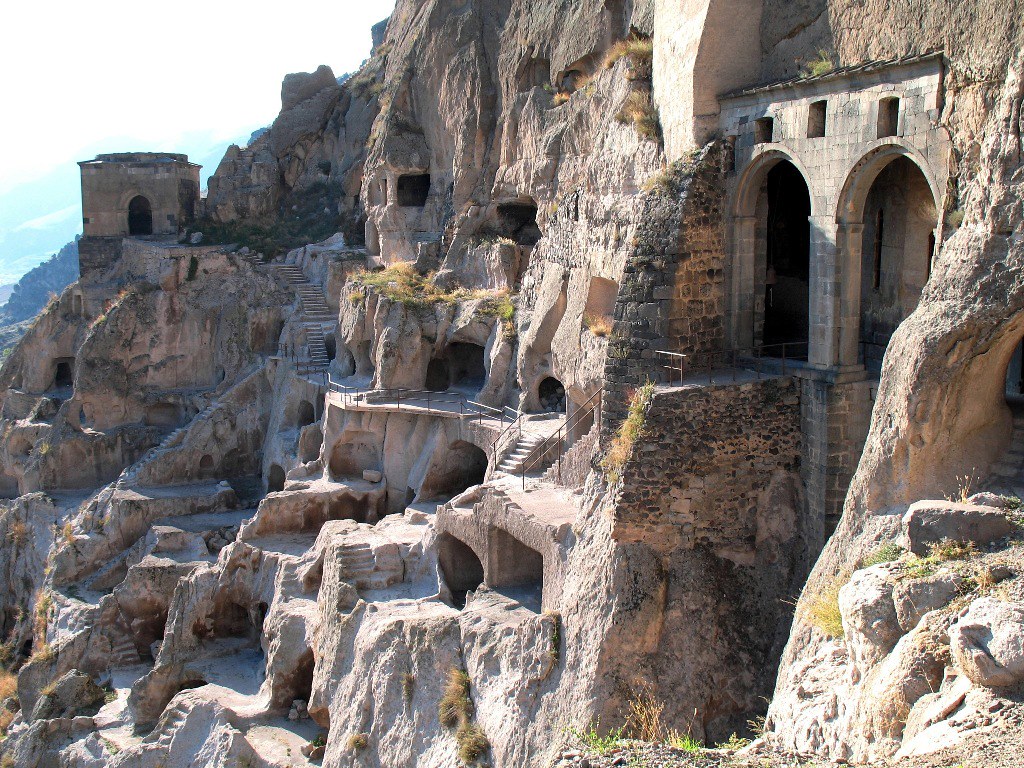 The rock monastery of Vardzia, carved into the side of Mount Erusheli, in southern Georgia, is also spectacular and perhaps little known. Today about three thousand rooms of the original six thousand are still visible, arranged on 13 levels.

An incredible place that makes any traveler marvel at the ingenuity and creativity of the people who preceded us. 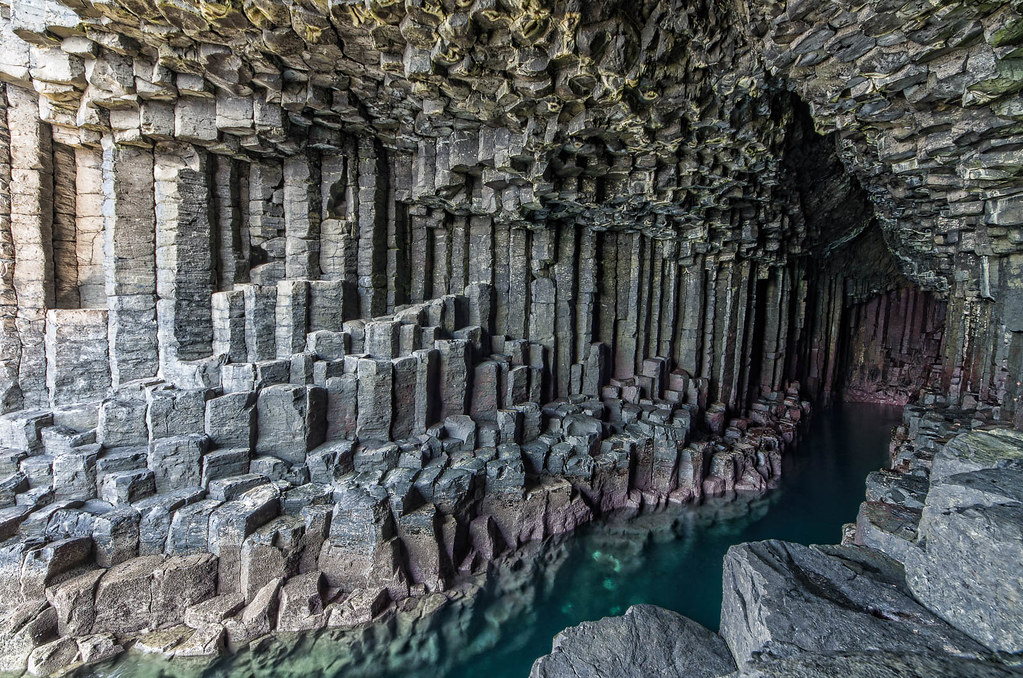 Completely formed by hexagonal basaltic pillars, due to its size, the arched ceiling, and the mysterious sounds produced by the echo of the waves, it appears as an imposing and evocative natural cathedral. The Gaelic name of the cave is “Uamh-Binn”, which means: “Cave of the Melody”.

Statue of Decebalus, the largest stone sculpture in Europe 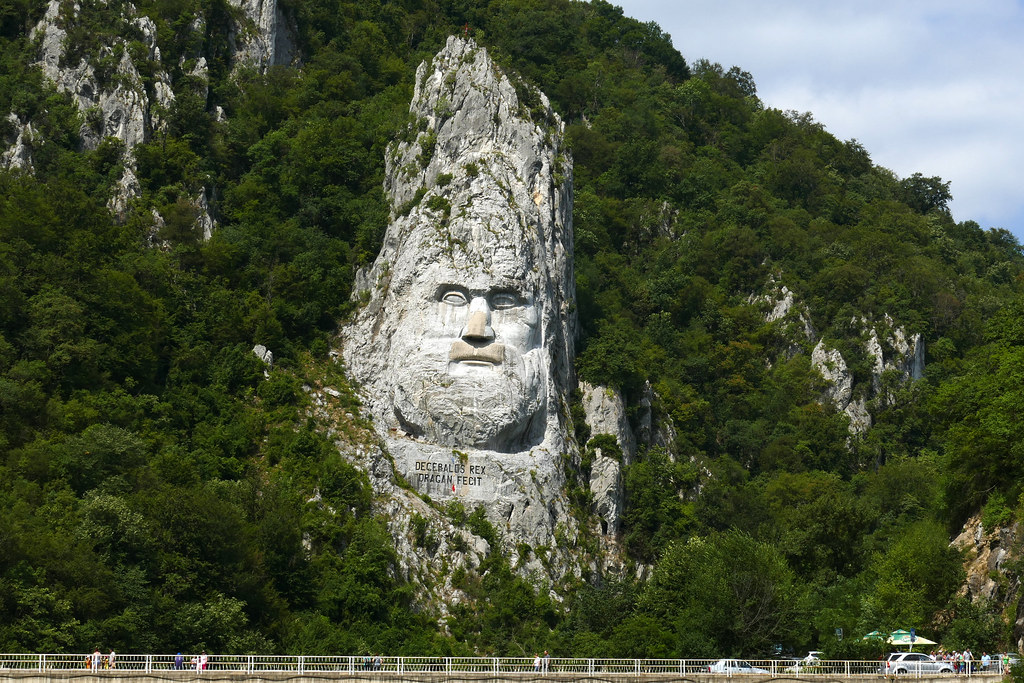 Instead, the largest stone sculpture in Europe is found in Romania. This is the 40-meter-high statue depicting Decebalus, king of the Dacians, located at the Iron Gates, natural gorges of the Danube, near the city of Orșova.

Its realization was proposed, and largely financed, by Iosif Constantin Drăgan. It took 10 years to give life to this gigantic work (from 1994 to 2004), but it remained unfinished. 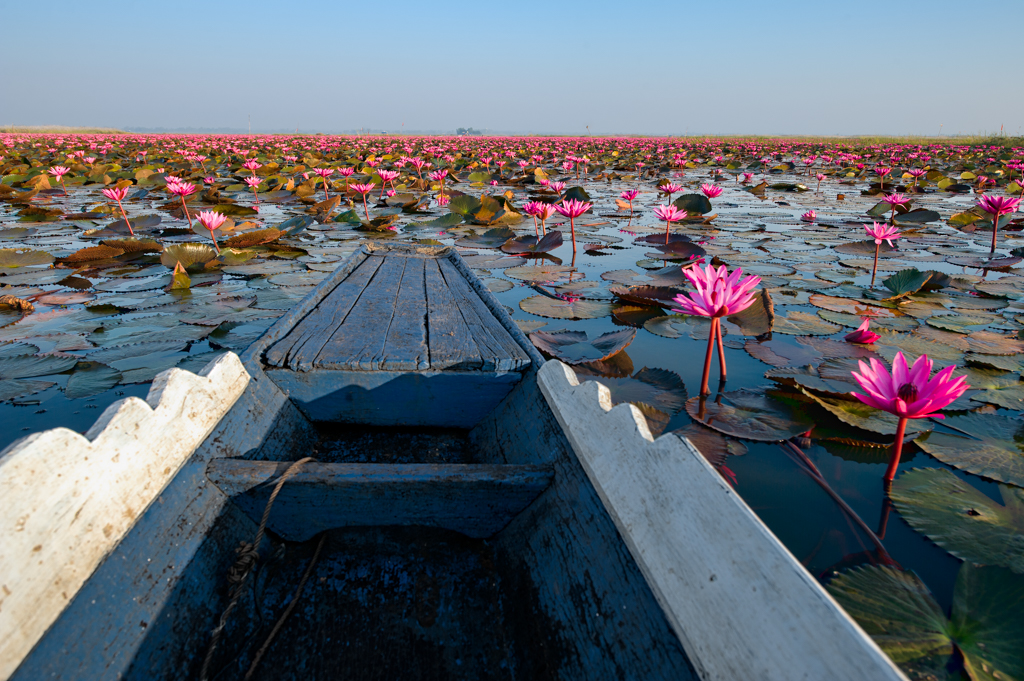 Among the ten wonders of the planet that you may not know is the Nong-Han swamp, one of the major attractions of Udon Thani in Thailand.

Populated by aquatic plants, birds, and fish, in winter it transforms into an expanse of red lotus flowers that have earned it the name “Red Lotus Sea”. A boat ride here is a unique experience, which offers emotions never experienced before.

Harbin, the most impressive winter festival in the world

The red shaded land of Bohu

Mexico, the underwater museum where the statues will save the corals

Taste of Iceland: typical Icelandic food you should try

The 10 most dangerous cities in the world

There is a red beach In China

The Island of the Dolls: the scary side of Mexico

Safe flying: the most seized items at the airport